As part of a master plan project in 2008, Robin Chiang & Company (RCCo) was commissioned by EDAW to help plan a new town of 500,000 people just outside of Mecca, Saudi Arabia, and to develop distinct architectural character for each of its districts. The sketches shown here focus on a district that feature a luxury hotel, a university campus and plenty of retail space for shopping. RCCo created guidelines for this district to emphasize its urban character and sense of place. 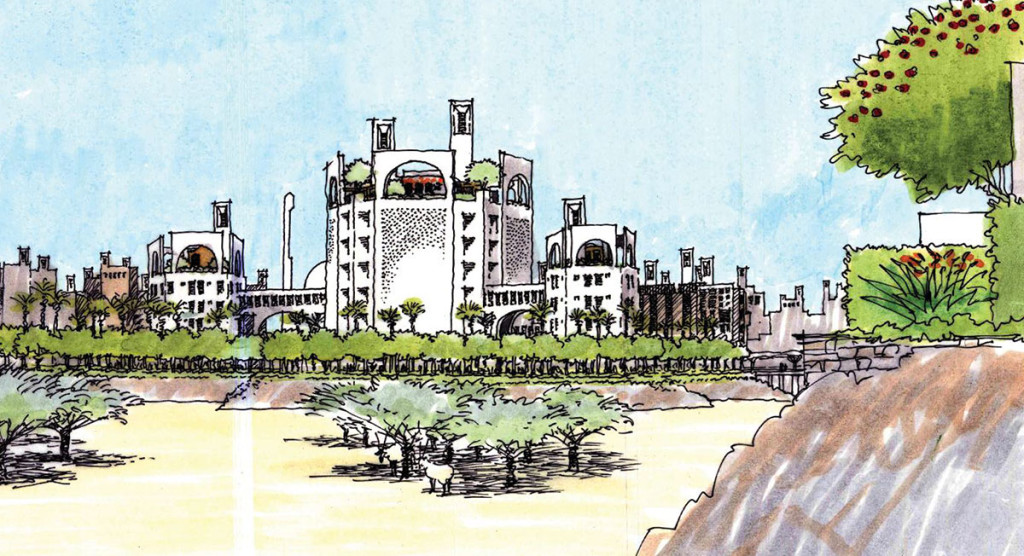 View of the Luxury Hotel in the Campus District 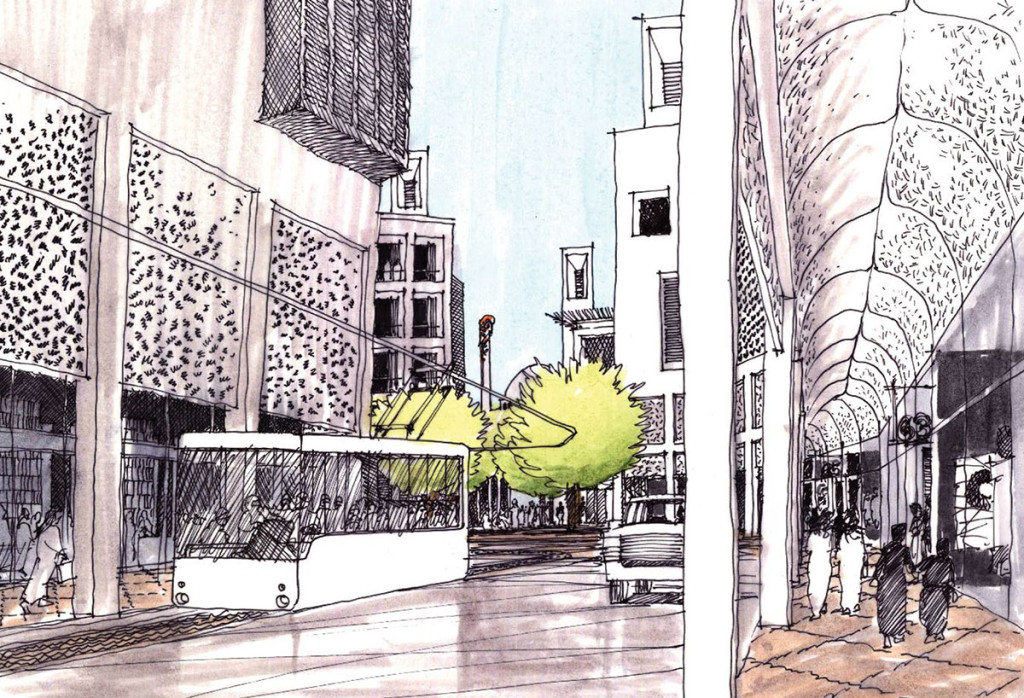 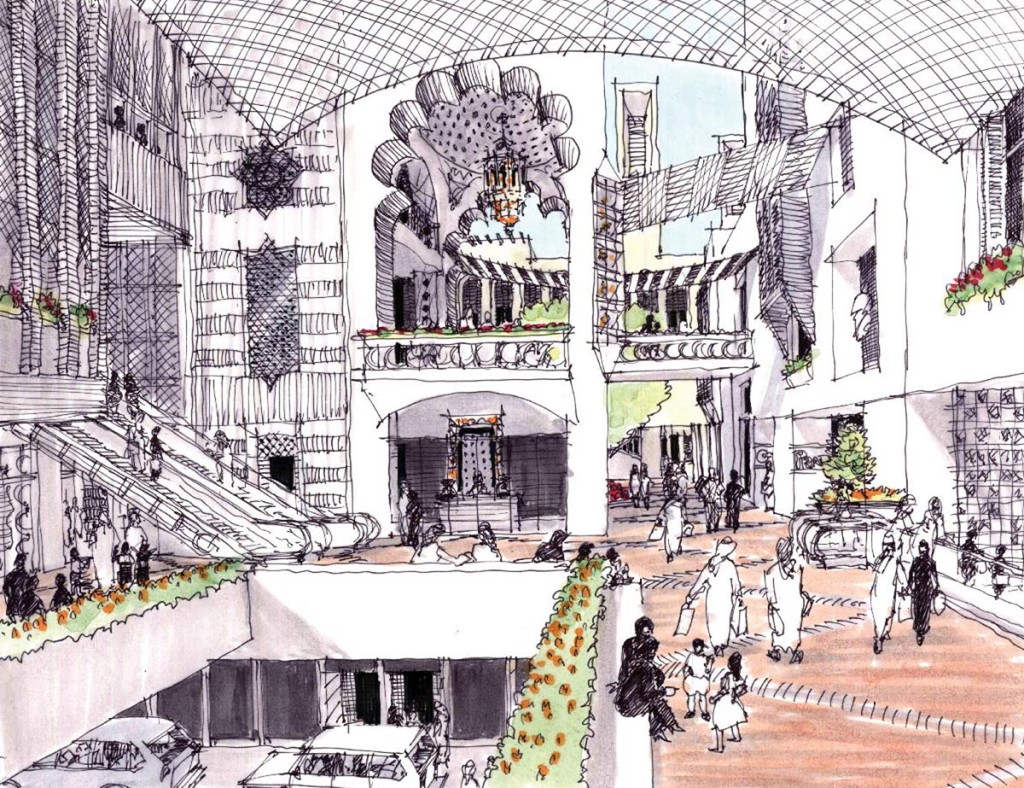 Within the same Campus District as the previous sketches, this view shows one of the upscale shopping areas 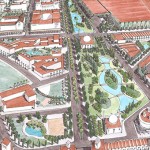 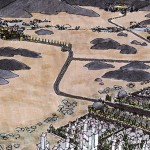