Robin Chiang & Company (RCCo) was commissioned by EDAW/AECOM to develop architectural concepts for various locations in Guadalajara, Mexico in 2009 as part of EDAW’s master plan for improving the city center and surrounding parcels owned by a large local company. The company had already commissioned the design of a new soccer stadium and EDAW was tasked with planning a new district of residential and commercial uses around it. 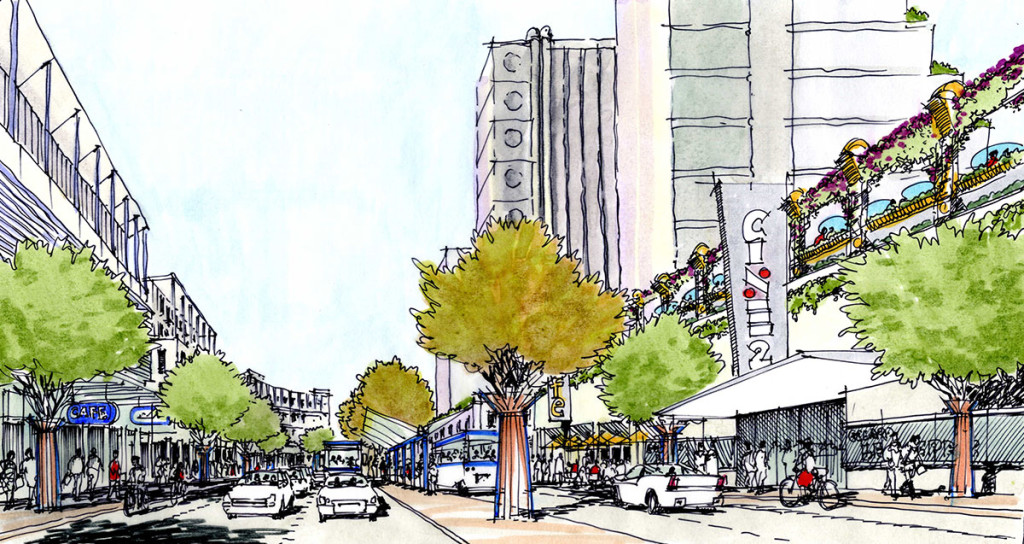 These illustrations show a commercial and retail concepts developed by RCCo for the entrance to the stadium and areas around the stadium. RCCo proposed mixing cars and buses with pedestrians flowing between a curvilinear retail strip and the new soccer stadium. 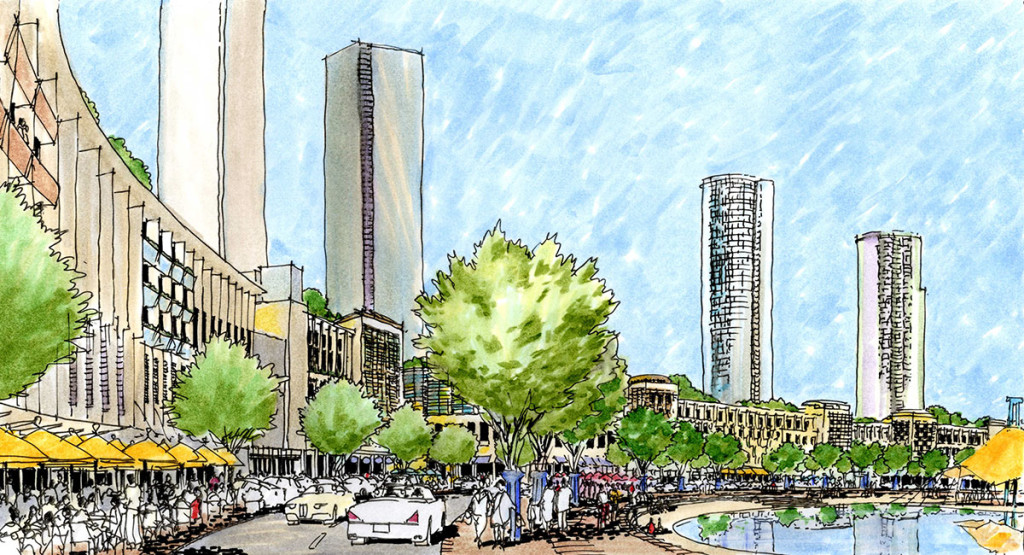 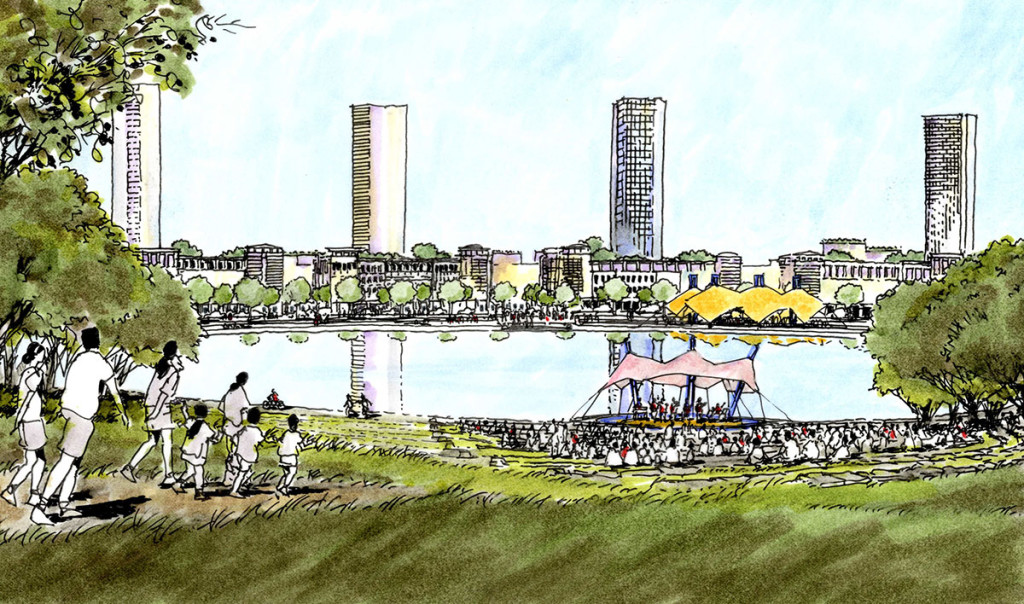 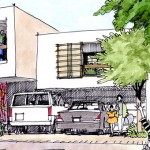