This house is the result of collaboration between the Spanish architecture firm Habitat and Robin Chiang & Company (RCCo). As with most houses it is designed to suit the personal tastes and way of life of its owners. But the basic character of the house has been influenced by the layout and architecture of the Moorish palace, the fabled Alhambra, in nearby Granada.

The property is on a hillside sloping south to the Mediterranean. To the east are small towns leading to the city of Málaga, visible at night. To the west is the resort of Carvajal and the town of Fuengirola. To the north are barren mountains adjacent to the chalk white hill town of Mijas. The site is rocky and contains two colors of slate stone. Vegetation consists of wild grasses, lavender, fennel and other seasonal shrubs. Trees are rare. The climate is dry and temperatures generally encourage people to spend time outdoors.

The house, for two generations of family, has been built into the hillside. It is made of concrete, two colors of slate, plaster and galvanized sheet metal. It is composed as a series of structures. Seen from a distance the house resembles its own hill town, especially since scale-giving elements are hidden. Up close the house is intimate. It features several distinct volumes and various indoor-outdoor environments . 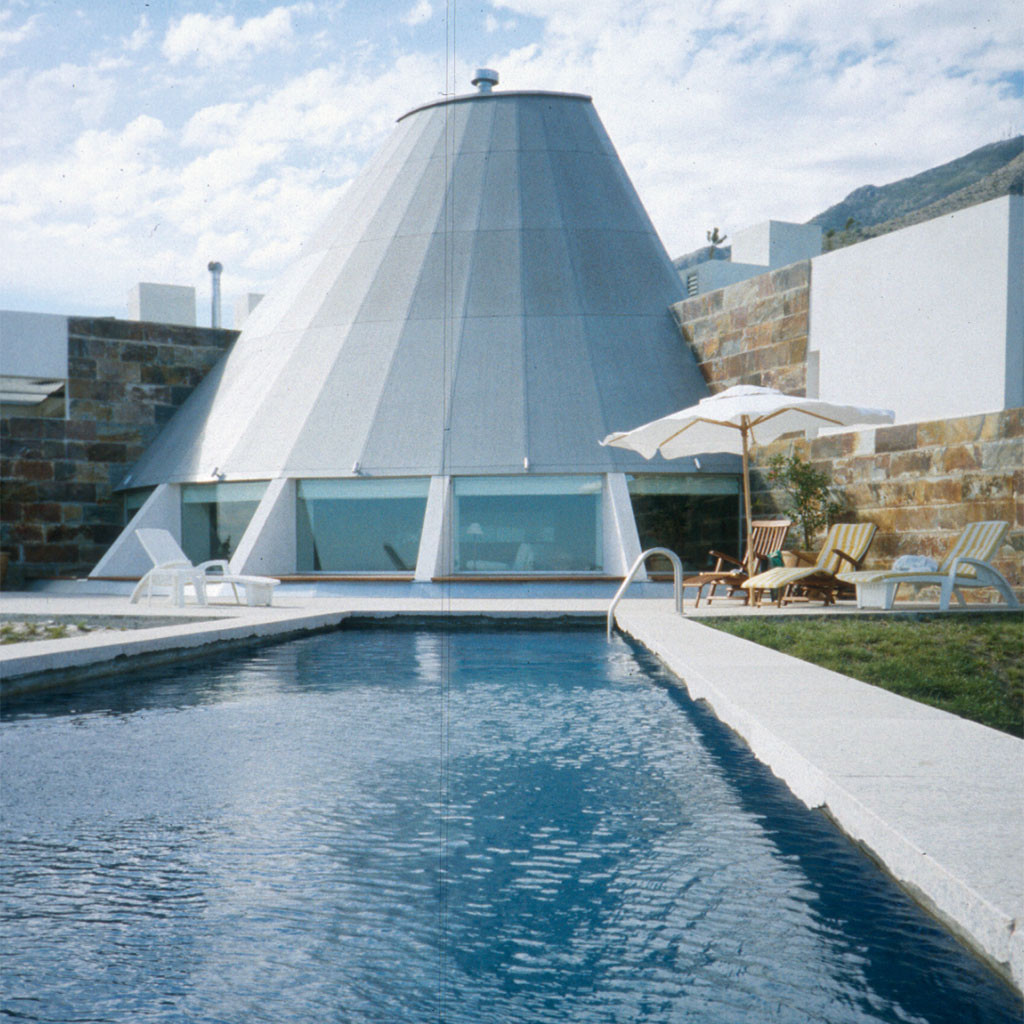 The layout of this house is based on views and sun orientation. The best views are of the Mediterranean Sea to the south, southeast and southwest. The house is shaped like a ‘W’ to allow as many rooms as possible to have the best views and the most light.

Located on a large property at the edge of a residential district the house is approached by a driveway from below. The house is built on a terrace over two garages off the driveway. Over one garage is a self-contained unit with its own patio and views of the Mediterranean. Over the other garage is an inverted timber trellis and patio entrance to the main house. 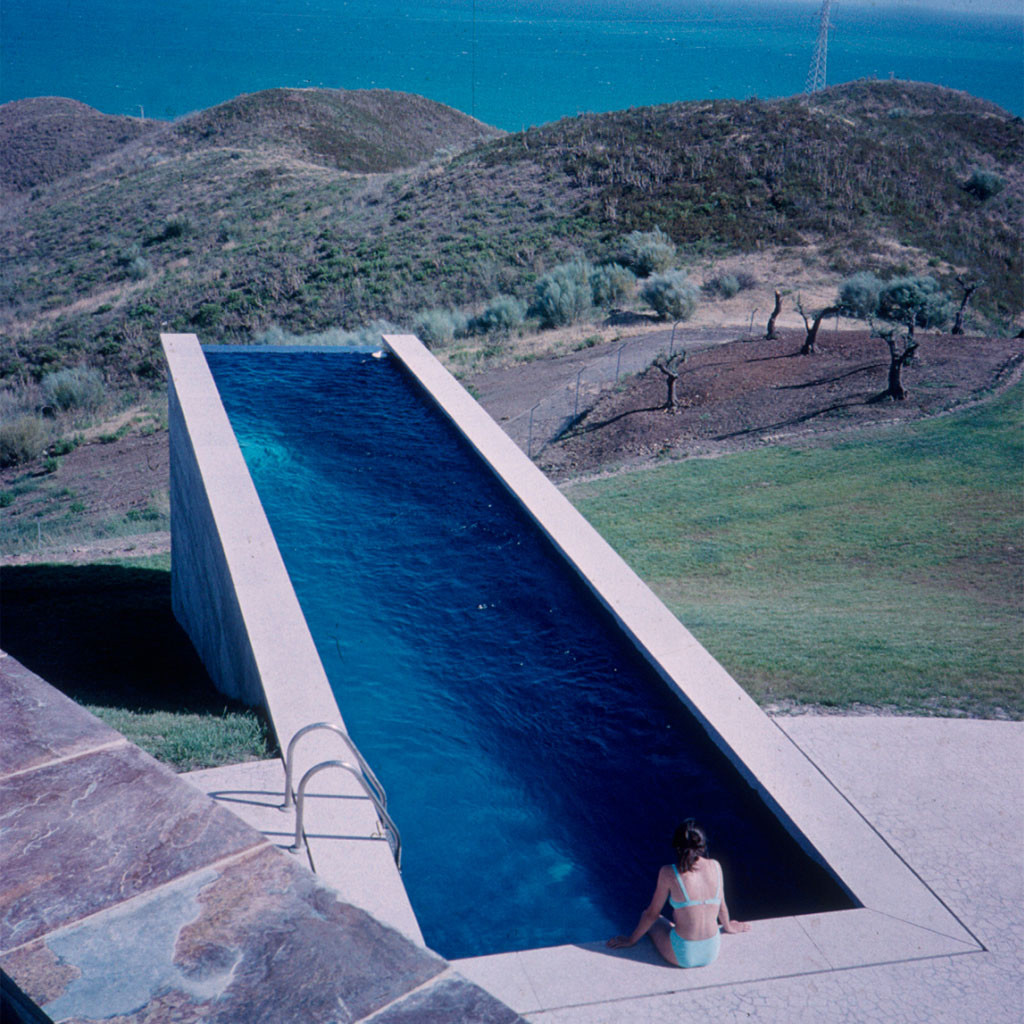 The center of the main house is a cone shaped living room with reflected light suggestive of high volume chambers in the Alhambra. It is open to the dining and cooking area. They in turn open onto a dining terrace and barbecue. A pool stretches from the living room terrace toward the sea. A bedroom suite is located off the entry hall and a study doubles as a guest room. The festive nature of the house is underscored by the interplay between light and dark, high and low, and interior and exterior against a backdrop of sea and sky. It functions as a center for social and cultural life in the area and has been recognized for its innovative design by the Malaga culture and arts association. 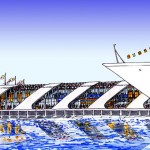