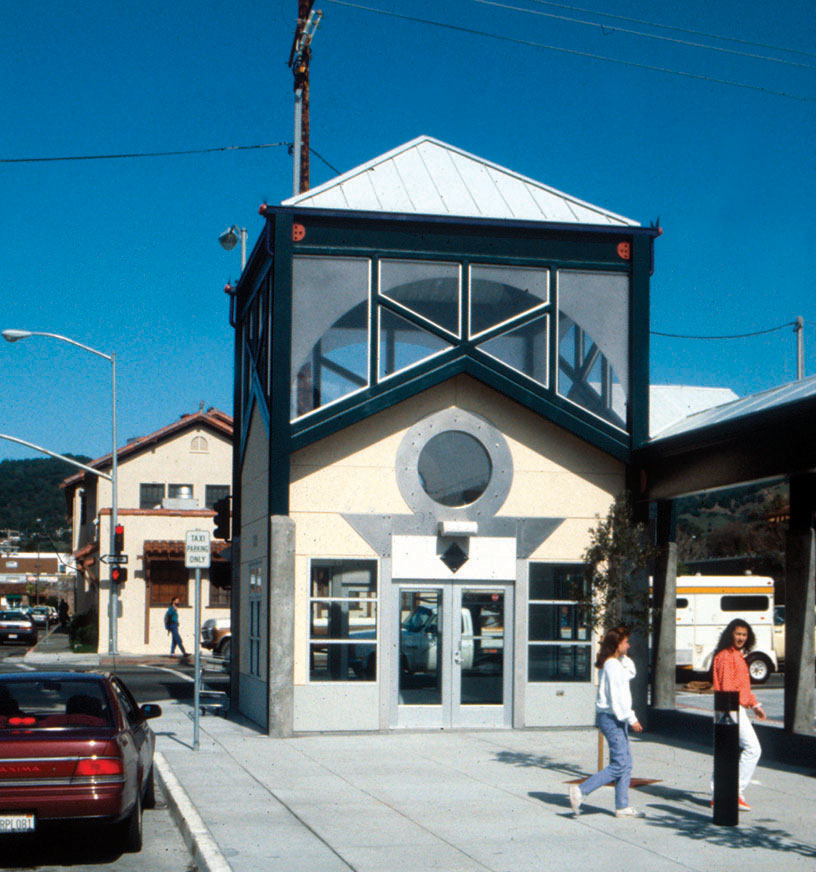 This transportation center was designed by Robin Chiang for the Golden Gate Bridge District in 1988. The city of San Rafael was concerned the bus station would attract transients in a derelict part of town, a setting for criminal activities. The configuration of the bus station and its light and airy architecture made it appear and feel like an urban center. Its component structures were sized and scaled to be compatible with neighbors. When completed the facility spurred the revitalization of the area and has been easy to maintain. 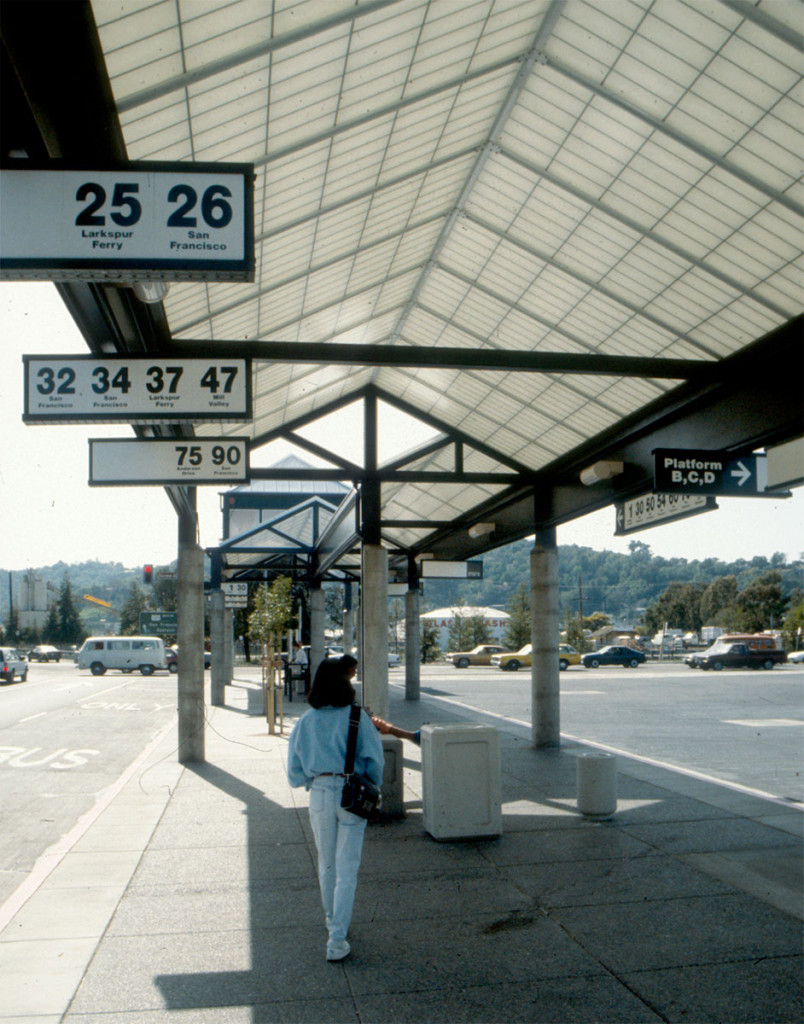 Located in a redevelopment district at the edge of San Rafael’s downtown, the bus station occupies one city block. The station designer, Robin Chiang who was responsible for 100% of the station, combined the city’s requirement for a historical appearance and the owner’s desire for hi-tech by recalling the steel structures of the Industrial Revolution era. The station’s canopies are made of large scale steel columns and beams visually tempered with small scale trusswork, concrete column wrappers, and cat- faced gutters. Corners of the site are punctuated by covered pavilions of steel wide flanges and etched glass.

The project does not dominate its neighborhood and relates well to the architecture of the surrounding commercial buildings. The press joked about the cat-faced gutters, but the neighbors pointed out that the station has not had pigeon problems. Completed in 1992, the project was on time and on budget at $2.1 million. 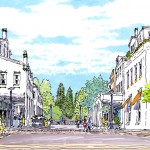 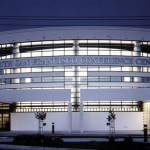 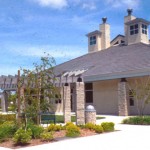 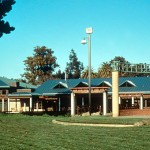 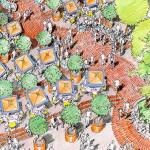 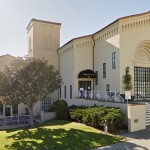