UPDATE: On May 24, 2018, BART Warm Springs Station was honored with the California Transportation Foundation (CTF) Project of the Year award. The project was selected from more than 90 nominations for the 29th Annual CTF Transportation Award. The Station was opened for service in March 25, 2017. 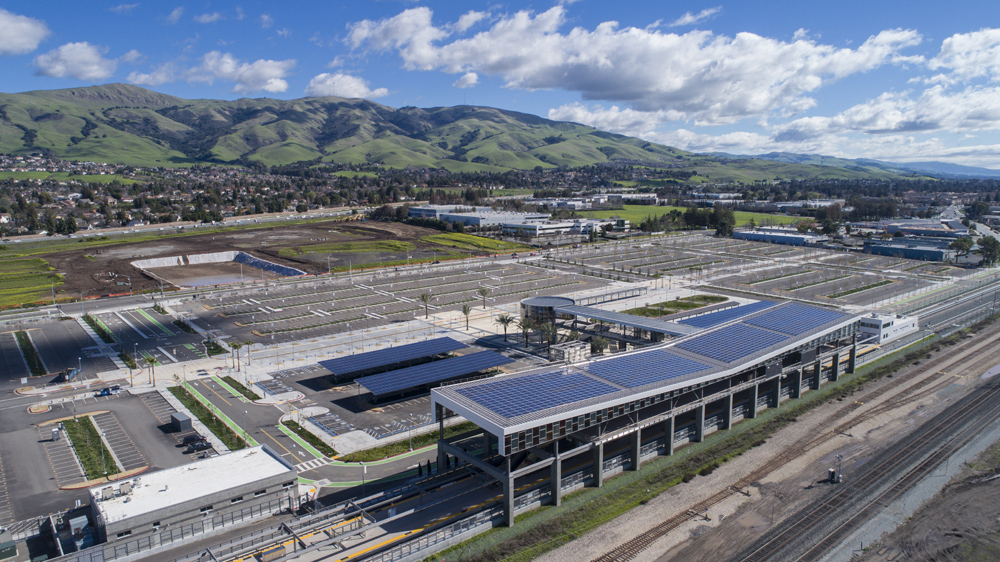 Original Story Written By Vince Giordano: I came to architecture with a background in English and a life long interest in design. At Robin Chiang & Company (RCCo) I have been learning that creating architecture for the public sector is similar to writing an essay—one conceives of themes and develops narratives. To me the firm’s most successful architectural projects tell a story. For example our firm has designed Warm Springs BART station in a way that informs people of the significance of the place. 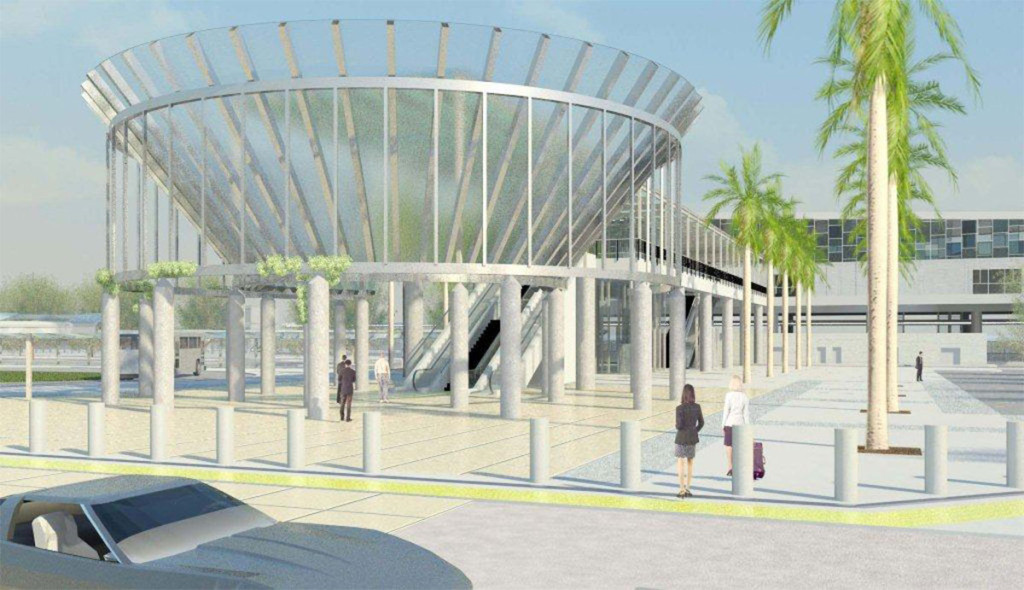 Warm Springs became part of Fremont in 1956. The area was once known as California’s breadbasket. Rich alluvial soils and a high water table enabled farmers to cultivate a variety of crops. Abundant hot springs allowed it to become a popular resort and spa. From the Gold Rush through the Victorian age Warm Springs thrived. But by the 1920s overuse depleted the groundwater putting farms and resorts at risk. In such an arid climate the water that was used up could not be replenished. The Great Depression caused the town to fail altogether. World War 2 dispersed what population was left. Now, few people know why the area is called Warm Springs.

The Warm Springs BART station could remind people of its forgotten past. The area’s most significant resource was its aquifer and the worst thing that happened was its subsequent depletion. We decided that the design of the station could be based on water to recall what Warm Springs had been and suggest its absence as a reminder of the mismanagement of this precious resource. The receiving, directing and collecting of rainwater through architectural forms has been developed as the main design theme. The theme will be reinforced by the application of glass colored to resemble water.

A colander-shaped pavilion located at the entrance of the station serves two purposes. First, it acts as a distinctive landmark that will draw attention and passengers to the station entrance. Second, its funnel-like form will suggest that it can capture rainwater and direct it down to the entry plaza where the majority of passengers will pass by.

From the pavilion passengers will ascend two sets of escalators to a covered and elevated walkway that will connect the entrance to the main portion of the station. The walkway’s slender columns, light tones and openness will frame views of the adjacent tree canopies. Translucent panels on the ceiling of the walkway, tinted in faded colors of blue and green, will remind passengers of the theme of water. 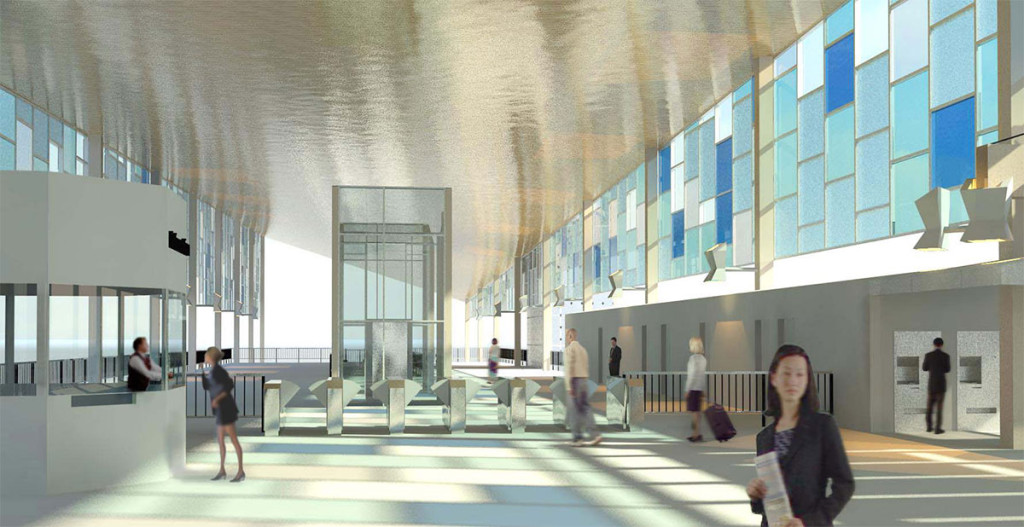 The main roof of the station will be sloped. Its simple twisted geometry will appear to direct all the water to two opposite corners of the roof. At those corners oversized downspouts will appear to anticipate a deluge. Passengers will be protected from rain by two long walls of glass suspended from the roof like two curtains made of transparent glass panels of blues and greens. 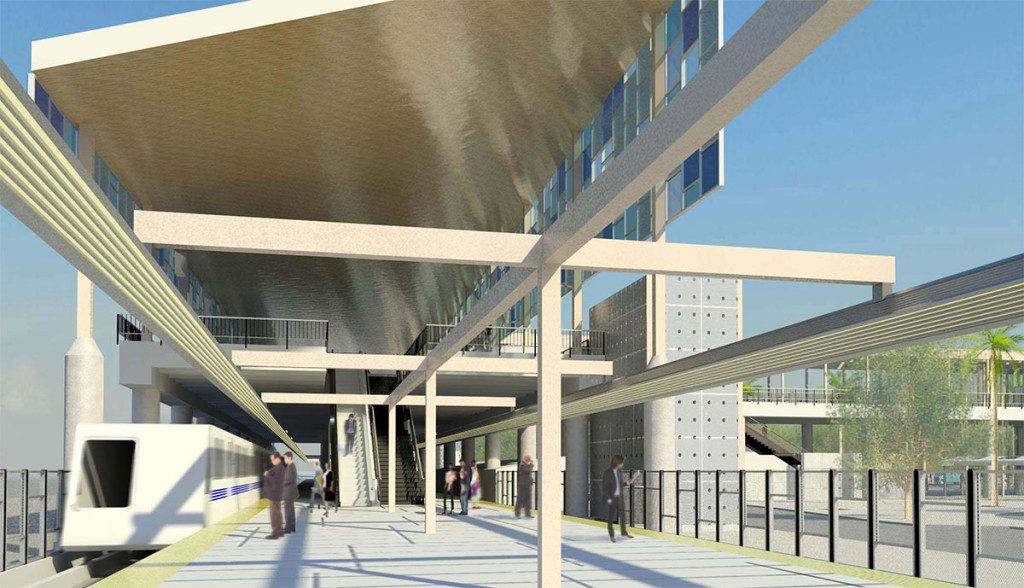 Similar panels over the bus station (embedded with photovoltaic cells if the budget permits) will reinforce the theme of water. In this area the range of drought tolerant trees and shrubs selected by the landscape architects will be most prominently displayed. 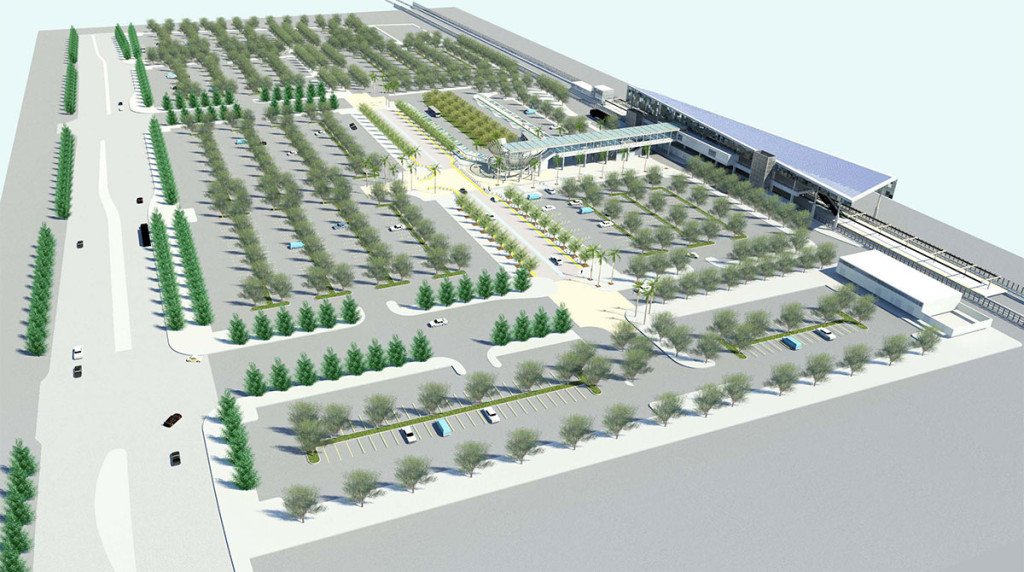 We hope that the strong allusions to water will remind passengers of why the place was originally called Warm Springs and that passengers will wonder about the reason for such dramatic roof shapes in an area that receives very little rain. Perhaps they will understand that the buildings serve as both train station and homage to nature. Such an approach to architecture is not new; instead it is very old. Many of the most ancient monuments were designed and built in response to natural conditions, to track the movements of the sun or pay homage to life-giving water. 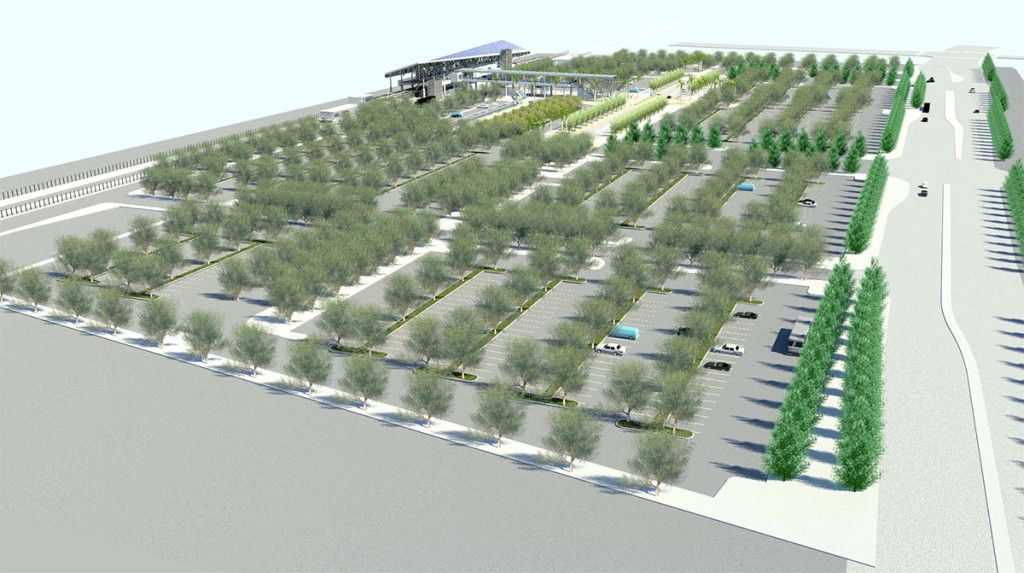 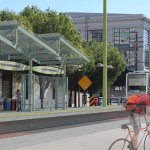 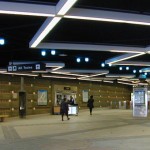 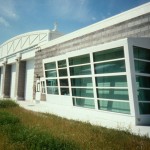 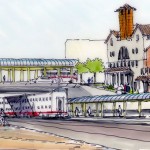 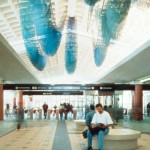 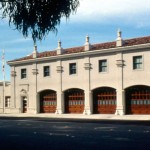